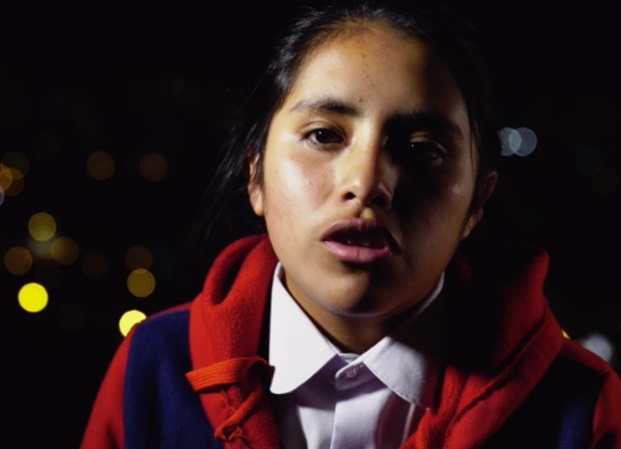 A girl who escaped the life of a domestic slave and took back her future.

Marisol was born in the Peruvian Andes in a small isolated community a few hours from Cusco. At the age of 10, she was brought to the city to work as a maid. Her only salary was a little bit of food the homeowners left her and permission to attend night school. A teacher from the school understood the situation and contacted the Yanapanakusun Center supported by Friends of Terre des Hommes, which for over 20 years has rescued children exploited as domestic maids. Marisol told the center’s psychologist about the abuse she suffered, the violence from her stepfather, but also her desire to study and move on. This was in 2012, and since then, Marisol has gone a long way.

Thanks to Friends of Terre des Hommes’ project Stand for Girls, the cost of her stay was covered and she was able to cope with her childhood traumas. She was able to integrate well with her companions and being a natural leader, she became the “president” of her school. A few months ago, at the age of 18, after having won a scholarship for her excellent scholastic achievements, she left the center to go to college. She’s now studying to become an obstetrician and she wants to devote herself to assist vulnerable women.